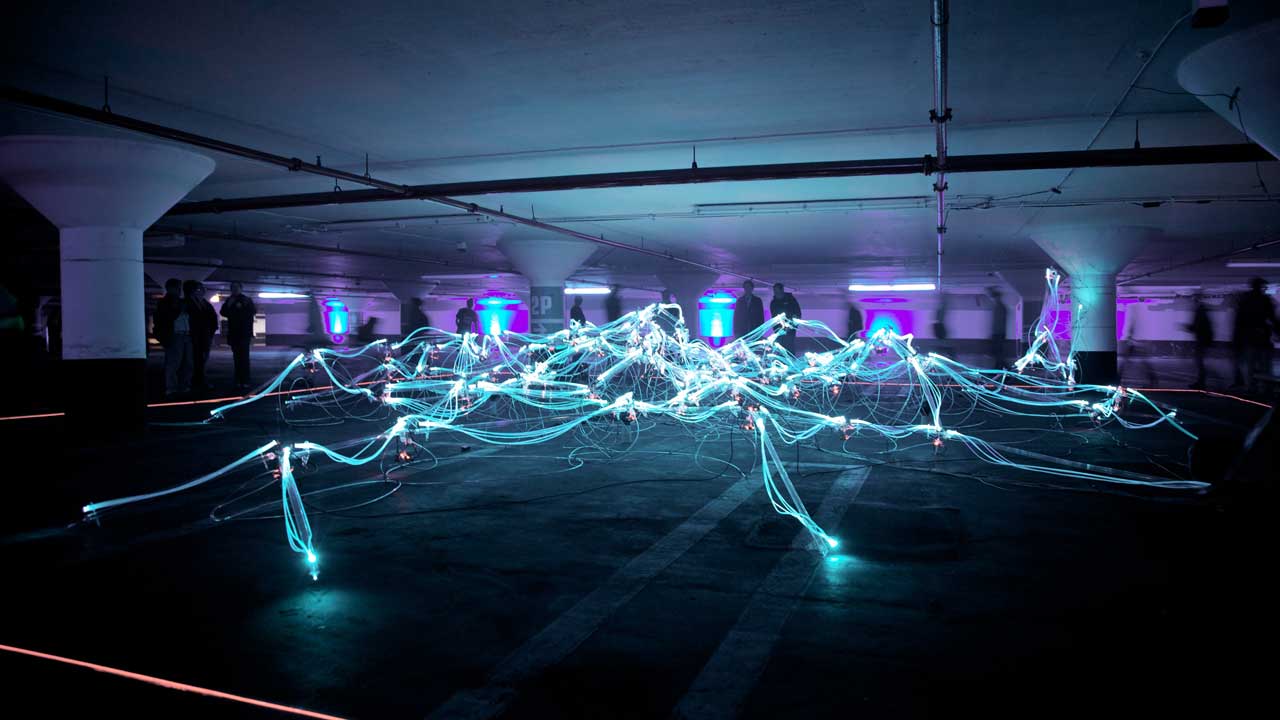 Smart needles have been developed by a scientist in the UK which can speed up diagnosing time and cancer detection. Scientist believes that this future technology is more likely fruit full for Lymphoma. At present, people with Lymphoma have to provide a sample of cells, which is time-consuming.

The new device uses a technique of Raman Spectroscopy to shine the laser beams, with the potential to spot the concerns in a few seconds.

Scientists from the University of Exeter said:

The Raman smart needle can measure the molecular changes associated with disease in tissues and cells at the end of the needle.

Wearable sport bands that measure your heart rate are nothing new. Their accuracy varies wildly. It is sometimes acceptable but, in some cases, it is considered defective. More accuracy is needed to reach out to the best results.

Printed ECG is fitted into the fabric, this T-Shirt is made by KYMIRA by using the smart materials. Which can measure the exact heartbeats of the humans and then transfer their heartbeats to the cloud via Bluetooth? It can detect irregular behavior such as heartbeats in arrhythmia. To save the life of humans this proves a lot helpful.

It’s not just for sportspersons but also for the general public. Tim Brownstone CEO of KYMIRA said we are continually developing this product to be used for clinical applications and benefits people from the disordered heartbeats.

We can’t imagine living without the internet. But still about half of the world’s population is connected to the internet. There are many reasons as well as economic and social reasons. But for some reason’s internet is not accessible due to a lack of connection. How you came to techrident.com without having an internet facility? Surely it was not possible.

Google is gradually trying to fix this problem utilizing Helium Balloons to beam the internet to distant areas. While Facebook has abandoned tactics to do the same using drones, which means companies like Hiber are stealing a march. They have taken a different approach by launching shoebox-sized microsatellites. These microsatellites orbits around the earth 16 times each day. Computers are connected to modems to transfer data to these satellites. The British Antarctic Survey has started providing internet access through these satellites.

Could your brain functions as your computer password? The earphones fitted with electrodes manage brain prints, which are then transferred to the devices. Different people’s brains waves react differently when they see the same image. And this uniqueness is utilized by biosciences, now have got 94 percent accuracy. Sensors are fitted in the helmets to get those brain prints. Brain print is now going to be the future of the password.

We have already heard about driverless carts but now the time is coming for having driverless trucks. Machines can travel a long journey without having got tired or bored, they never need comfort breaks. They will be more reasonable to handle than regular equipment driving without any complications and less consumption of oils. Companies like Mercedes and Peloton are already examining these potentialities, and if the promise achieved, cargo companies will improve entire marines overnight. With the improvements in technologies, it might create unemployment for many workers. But many companies have said that they still need a human to make ensure that their delivery is safe.

Car Batteries that charge in 10 Minutes

Fast charging of electric vehicles is a key for many motorists. So, motorists can stop at the service station to charge their vehicles. But regular charging of Lithium batteries degrades their performance. The ions move from one electrode to another to charge the unit and retain the energy available to utilize.

Scientists have found the solution that if batteries could heat up to 600C and then cooled rapidly to ambient temperature then lithium spikes would not form and performance will not be affected. The cooling system is designed into the cars to slowly cool down those batteries. In the journal “JOULE”, showed that they could charge the batteries in just 10 minutes.

The US National Highway Traffic Safety Administration has developed a device to observe the alcohol level by sniffing the driver’s breath and through the blood at fingertips via starring wheels. Predicting that the driver is safe to drive or not. Put out of action if it seems to be unsafe.

Do you hate visiting? Visualize, your train carriage boosting down a tunnel at the same speed as a commercial jetliner. That’s the dream of Elon Musk founder of Tesla, SpaceX, and PayPal.

His Hyperloop would see “Train” passenger travel at the speed of 760MPH through a vacuum tube, boosted with compressed air and induction motors. A site has been chosen for testing within the upcoming two years. People from San Francisco and Los Angels would able to cover a long distance of about 7 hours in just half an hour.

London coffee industry creates 2,00,000 tons of waste every year. So why we are wasting it? Industrialist Arthur Kay has a big idea of making 85 Percent of the waste in his own company, bio-bean, to convert this into biofuels for heating buildings and powering transport.

If you want to take a tour of space, your first swift might be to take a balloon. The company World View Enterprises wants to send the people to the stratosphere, which is about 32 KM above the surface of the Earth. But technically space starts after 100KM above the sea level. But 32KM is enough to perceive the curvature of the earth. Just as Felix Baumgartner made on his space jump. The balloon flew its initial successful test flight in June, and the company began selling tickets in 2016 – at the discount price of just £75,000 per person!